From the editor’s intro of the latest Coast Mountain Culture magazine, Mike Berard weighs in on what it’ll take to save himself and how you can do the same.

I don’t believe the world needs saving. The Earth is resilient. She is strong and fierce and violent, and she reminds us of this with every cataclysmic weather event or geological rumbling. As many scientists have concluded, we are in the midst of the sixth major extinction event. Six.  ive times before, this big, blue, beautiful earth has seen its life forms suffer, die and then disappear. She has survived each one with tragic grace. The earth does not mourn the dinosaurs. She will not miss us.

What we humans are trying to save is ourselves. All species are programmed with the top priority of self-preservation, of which pain and fear are motivating factors. We are afraid now that we will function with less than we are accustomed to. That paralysis can feel overwhelming, and one of the main reasons is that there are too many of us, and most are wildly disconnected from nature. People who know what a healthy river or forest look like will protect it. So what can we do to help make Earth remain comfortable and useful to humanity for the short time we might still have left?

I don’t want to eat less meat. I hate recycling. But I’m going to keep trying. Above all else, I will not be angry and resentful. I’ll go outside and ride and surf and hike so I can stay connected to what’s most important.

Get outside and do something. Anything more than merely hoping. Survival begins with action. Sweaty, grimy volunteer hours that repair salmon-spawning creeks. Riding bikes to the grocery store. Planting trees for fun. Putting out some rain barrels. Eating less meat. Growing your own veggies. Protesting, in person, on-site. From beach clean-ups to asking store and restaurant managers to reconsider using one-time-use plastics, the ways we can have an impact start close to home. We should be concerned about the ice caps melting, but that starts with how and what you consume. Yes, we should recycle, but we should also reconsider if we needed that thing in the first place. Canadian freeskier JP Auclair once said that he believed environmentalism wasn’t about doing less. It was about doing more. I believe action is hope put into practice. And you can practice right where you live.

I don’t want to eat less meat. I hate recycling. But I’m going to keep trying. I’m going to volunteer with the boots-on-the-ground organizations in my backyard. I’ll strive to buy less, always. Above all else, I will not be angry and resentful. I’ll go outside and ride and surf and hike and experience this incredible natural world as best as I can, so I can stay connected to what’s most important. I don’t want to lose humanity’s support system, but, more importantly, in the process, I don’t want to lose my humanity. 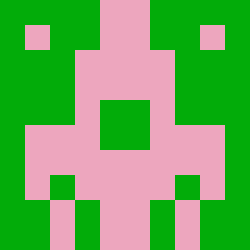